Everyone has heard The Wrecking Crew! They were an outstanding group of studio musicians who played on nearly every hit record that came out of the LA area during the 60s and early 70s. Hundreds of songs have been played with The Wrecking Crew giving the signature sound to what we have loved and consider a favorite.

When you come across a person who has made a lasting impression on your life and encourages you to do your best and strive for more by just knowing them, then you have truly met a unique and special individual. Scott Gast was one of those people.

Magnificent Obsession, a new CD by Kelle Rhoads was released in June. He is enjoying the album’s success. Kelle, who is a classical pianist as well as one of the administrators and instructors for the Musonia School of Music in LA is excited about his latest work.

Tommy Boyce and Bobby Hart were a songwriting duo back in the 60s and 70s who created a powerhouse of hits that we still hear and sing along with today. In his recent autobiography, Psychedelic Bubble Gum (Select Books, 2015) Bobby Hart shares an incredible journey that takes the reader through a time when rock was new, when a generation demanded change and when hit songs came streaming in with rapid succession.

We have undoubtedly poured over favorite album covers, concert photos, and music magazines to absorb details of the images. When we see a certain photo, we are taken right back to that moment in our lives, how we felt, the music that was playing and what was going on in our lives. Henry Diltz, music photographer can be given credit for many of those iconic images that we have seen and come to know as an old friend.

It all began in Flint, Michigan forty-seven years ago where a rock stompin’ band called, Grand Funk Railroad stepped out of the blue collar city and into the classic rock history books. Don Brewer who is one of the founding and original members of GFR welcomes fans of all ages to their show at the Northwest Rib-Off in Maumee, Ohio on August 15!

Joey Ortega better known as “Joey O” is the lead guitar player for Start Me Up – The Ultimate Rolling Stones Tribute. Joey shares the history of the band, fond memories of their friend and former lead singer, Scott Gast and his hopes for the band’s future. 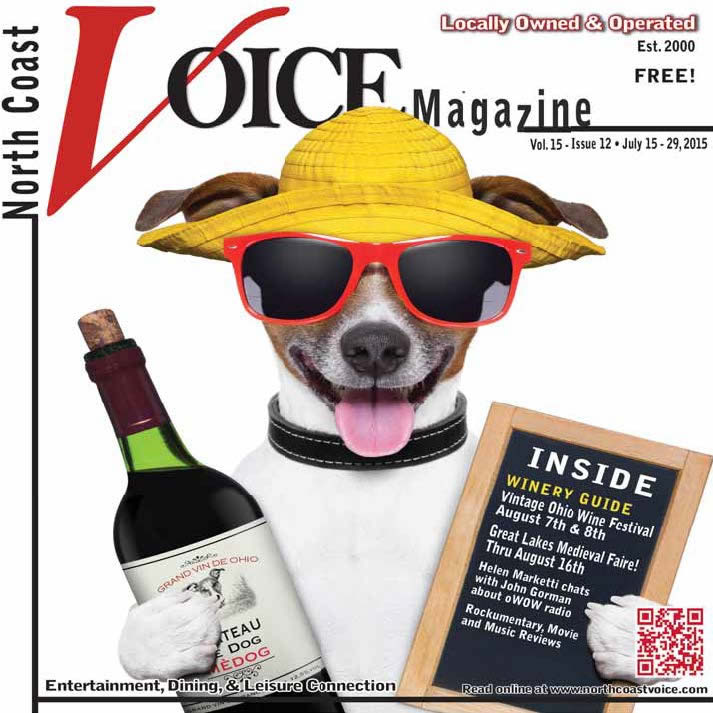 John Gorman is the founder, partner and chief content officer for oWOW! Cleveland online radio station. John’s name is familiar to Cleveland radio as he served as the music and program director for WMMS.

Former KISS guitarist releases a new album and single!  Bruce Kulick has been in the music scene for over 40 years. His humble beginnings were with two close friends in the early 70s while growing up in Jackson Heights, New York. Kulick along with friends, Mike Katz and Guy Bois formed KKB and recorded material in 1974. The tracks sat idle for many years as each member went their separate ways. Bruce went on to play guitar with Michael Bolton, Meatloaf, KISS and Grand Funk Railroad. There are six original tracks and one new one, “Got To Get Back”. Fans will love the sound and the polished up original tracks. The music is 70s made and inspired when life seemed simpler than it does today.

Ohio Bike Week is celebrating its 15th year and Steve Ernst (Advantage Entertainment) has been part of it for at least 11 of those years. Every year Ohio Bike Week seems to get bigger and better. People travel to the Sandusky area from all over the state and country. It brings in thousands of bikers each year!

A Chat with Keith Nelson of Buckcherry!
Buckcherry will be giving a FREE concert in downtown Sandusky on Saturday, June 6 for Ohio Bike Week’s Block Party!

The name is synonymous with the 60s whenever you hear a song by Jefferson Airplane who were inducted into the Rock and Roll Hall of Fame in 1996. He still tours with Hot Tuna and his good friend, Jack Casady. Today we are still hearing great music created by Jorma Kaukonen. His new album, Ain’t In No Hurry (Red House Records) was released in February. It is a combination of familiar and original tunes. Music fans will hear a combination of blues, traditional and folk styles.

A conversation with collector and auctioneer, Mark Zakarin. He is completely at home when discussing rock and roll memorabilia whether it is an artifact’s history, origin and more importantly, its price. Marc and his wife, Deb have spent over forty years collecting, selling and bargaining with many of rock and roll’s historical items.

The British Invasion Tour will be coming to The Kent Stage on March 4. It’s a rockin’ line up with Denny Laine (Moody Blues, Wings), Peter Asher, Billy J. Kramer, Chad & Jeremy, Mike Pender (The Searchers) and Terry Sylvester (The Hollies). Denny Laine is a name that goes hand-in-hand with classic rock and the British Invasion as one of the early members of The Moody Blues with his hit, “Go Now”. His music adventures after the group included the Denny Laine String Band, Ginger Baker’s Air Force and eventually Wings with Paul McCartney. Denny and Paul co wrote “Mull of Kintyre”.

Rock author, David Roberts has written a book that is a short but fun read for any Beatles or music fan. It is a collection of 50 pieces of trivia about those four lads from Liverpool.

Gail Renard was 16 years old in 1969 when she climbed up a fire escape behind the Queen Elizabeth Hotel in Montreal, Canada. She was bound and determined to meet her idol, John Lennon. He and Yoko were staying at the hotel for their “Bed In” for Peace. She wanted to interview John for her high school newspaper. Gail not only met John and Yoko but became their personal assistant and friend during their 8-day peace campaign.

Foreigner will be doing a show at The Hard Rock Rocksino (Northfield) on November 16. Lead singer, Kelly Hansen shares his thoughts on touring, current projects and playing with one of the best classic rock bands.

Cleveland native, Mark Buchwald moves on to Regional Competition in the Guitar Center National Drum Off!

The autobiography of Ginger Alden gives fans a true and heartfelt picture into the life of Elvis Presley. We are given an honest look at a generous man as well as someone who was used to getting his way. Ginger shares with fans what being in love with one of the world’s greatest entertainers was like. While her time with him was short, it already seemed like a life time.